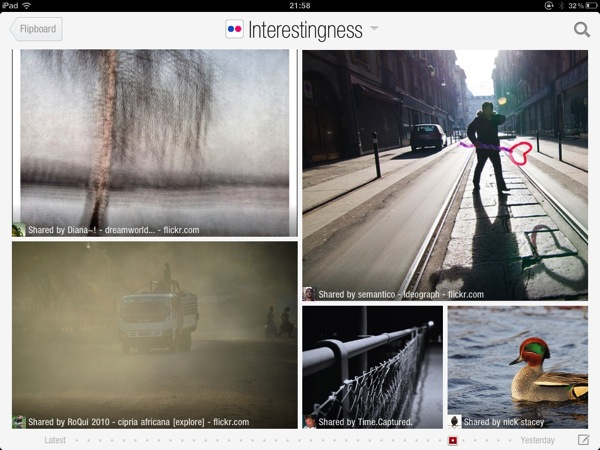 This photo received many favs and also got many comments during the first two days, and reached #66 in Flickr’s “Explored” stream. 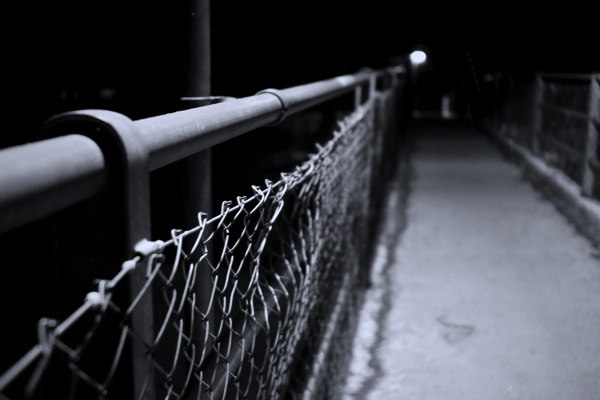 One of my first shots made with the new Sony NEX-7 and the SLR Magic 28mm f/2.8 lens. The lens produces very dull photos in good lighting conditions – wide open and stopped down. It also produces some magenta in the corners. In low light and black-and-white this doesn’t matter too much.
I had hoped that a person would cross the bridge while I was waiting there, taking photos, but no one turned up, and it was very cold that night. So this is all I got. Processed with “Flare” for Mac OS.
Note the streaks from a few falling snow flakes. They show a black and white pattern which is caused by the flicker of the 50 Hz street lights. One pulse corresponds to 1/50 or 2/100 seconds. There are about 6 or 7 such pulses which tells us that the exposure must have been around 15/100 second or about 1/8″ (free hand, no image stabilization).