This weekend I had the opportunity to take the Fuxi X100 out on a photo safari in Bern. Some of the phots were taken at night (after 11 pm) in the station, some on a very warm and sunny afternoon in Bern. I was positively surprised that a relatively large fraction of the shots were quite usable, at least from the technical point of view (sharpness, noise,…). Speaking of noise: the Fuxi X100 virtually has no visible noise up to ISO 3200. I was again amazed by its low light performance.
[ There’s someone behind you, watching ] 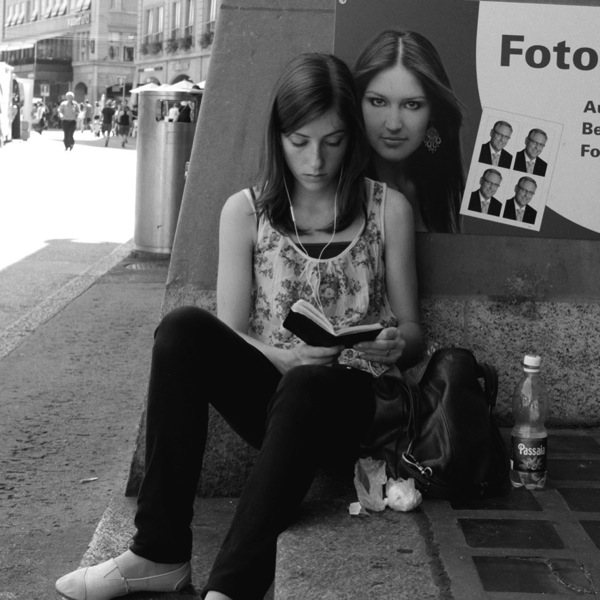 I am still a bit shy in getting really close to the people. May be a slightly longer lens would be better for me (but the X100, of course, has a fixed lens). Some of the people in the shots below actually are looking at the camera, and no one said a word, complained or whatsoever. I hope this gives more confidence and helps “growing balls”, as Thomas Leuthard (“85mm”  http://500px.com/85mm http://www.flickr.com/photos/thomasleuthard/ ) calls it.
[ Watching the juggler ] 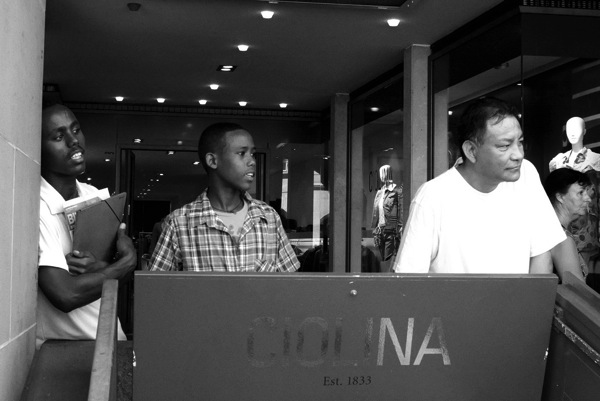 [ Should we care already? ] 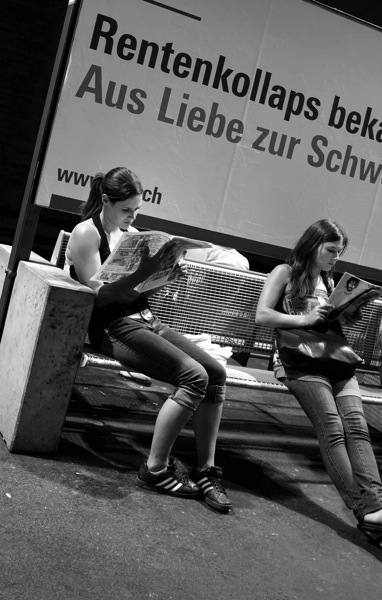 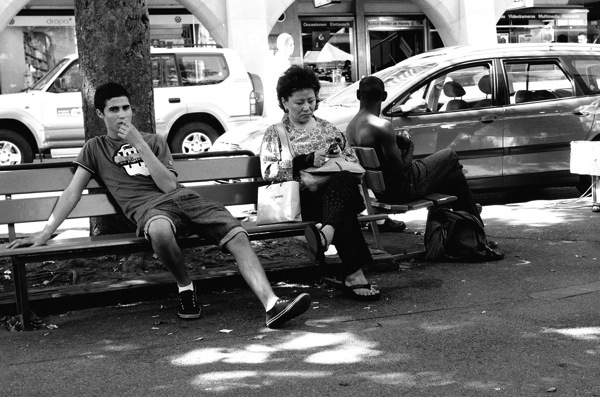 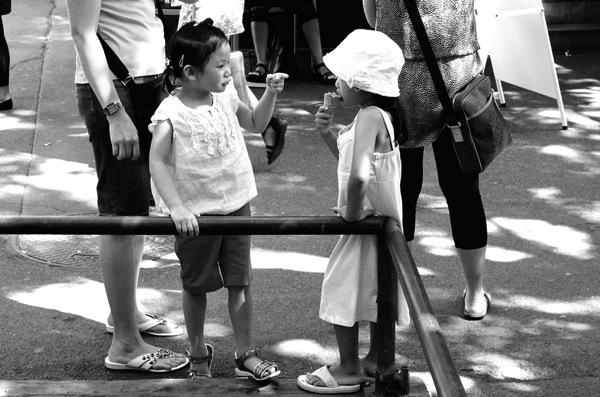 {If you would like to use any of my photos, please consider them as published under the “creative commons” licence (see http://en.wikipedia.org/wiki/Creative_Commons for details). In short: you may use any of these photos as long as you do not charge for them, and you have to mention my name as the owner/author in a clearly visible way. In simple words: feel free to use, but give credit and don’t steel.